Have you ever downloaded a recommended application from the Internet and in so doing downloaded some unwanted third party software as well? Yes? It happens to us all at some time or other I think. It happened to me yesterday on my Windows laptop!

Yesterday I put out a tweet about a useful application program that I had discovered and liked, and someone replied mentioning a similar application that they use successfully.  So, of course, I decided to download their recommended application and try it out. In doing so downloaded some unwanted programmes unintentionally. 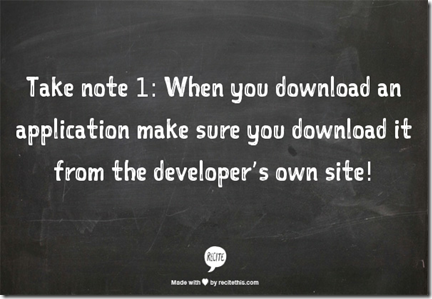 Sometimes, one downloads a new program from a secondary source, like I did, only to find that after installing it, you also have a toolbar in your browser and your default search engine has changed to Ask.com, for example.  (But, also remember that sometimes companies will bundle toolbars or other junk with their free programs. so as to offer those programs free, while still making money.)

My antivirus screamed at me as I was downloading but I kept clicking on ignore because, after all, my download was recommended software! I was also very careful not to click any of the suggestions my download included. But still I ended up with an unwanted application called ‘Search App by Ask’. 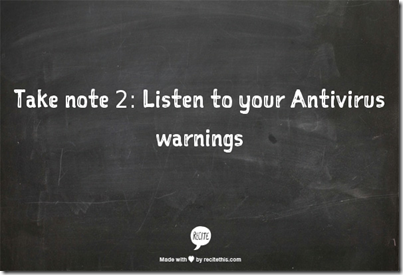 I tried hard to uninstall ‘Search App by Ask’ using the Add/Remove Program feature in the Window’s Control Panel, but it wouldn’t uninstall. It kept telling me to close Google Chrome and the point is that Google Chrome wasn’t even open!  This application had somehow made some changes in the registry so that it couldn’t be uninstalled. 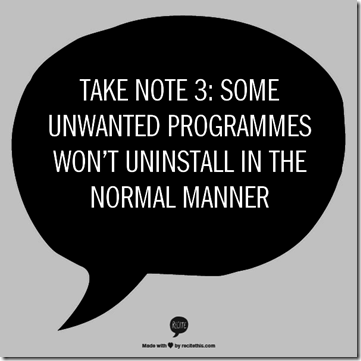 If for some reason an uninstallation fails, as mine did, there are other Internet programmes that promised to get rid of unwanted software. Feeling apprehensive about downloading yet another problem due to ignorance I was thrilled to come across Microsoft’s Uninstall Fixer utility which claims it will help fix problems with programs that can’t be uninstalled at support.microsoft.com, namely from http://support.microsoft.com/mats/program_install_and_uninstall 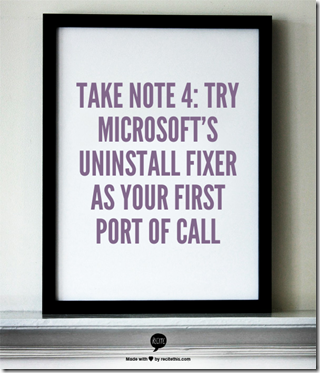 Microsoft’s Uninstall Fixer utility which claims it will help fix problems with programs defintiely does so! What a relief. 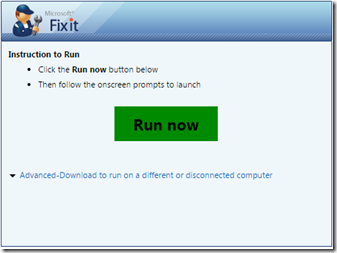 This is what Microsoft’s Uninstall Fixer utility says:

It was a relief to get the message below and to be able to confirm that the problem had been fixed. 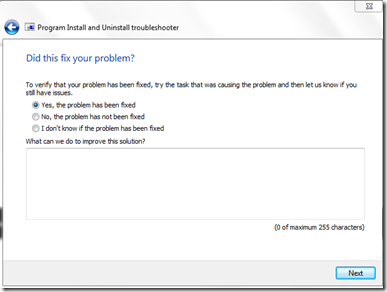 We need to be very cautious about unintentionally downloading software from the Internet and should teach our students about this as well!