These are a few of the posts about using Google products for education that caught my attention at the beginning of last week. A whole lot of interesting posts appeared after that – but those will have to wait until later in the week!

Now, any user with “can comment” access to a document can make suggested edits to the document. These suggestions are marked by a green bracketed box and a comment is automatically attached. 2. Three things every student should be able to do in a Google presentation

http://goo.gl/VX8exP
Google Presentation is one of the powerful presentation tools that students can use to easily create and share slideshows. Its simplicity and its practical performance features makes it an ideal tool for using in class. 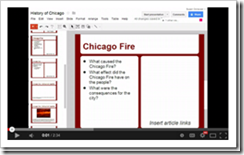 YouTube is definitely a treasure trove for us in education. Curated lists such as those mentioned in this post prove helpful especially in helping busy teachers have easy and instant access to  handy YouTube channels that feature interesting educational content relevant for classroom use.

4. Creating a Form with the New Look!

‘Google Forms’ allows you to create a survey, questionnaires and more to easily collect information from others. Data is collected in real-time and displayed in a spreadsheet and a summary of responses. Google has added some great new look features. 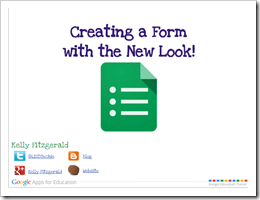 This is a video from Chris Betcher who spoke at the Google Summit in SA in 2013, on making a Google site. 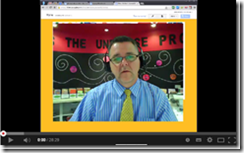 Learn how to get more from your Chrome browser.

Google Chromecast is a little dongle that ends in an HDMI port rather than the usual USB socket. You plug it into your TV and it lets you stream  Netflix, YouTube, BBC iPlayer, and a growing selection of other sources, from your mobile and desktop devices on to your TV screen.

10. An Infographic Guide to Google Apps for the iPad

There are now tons of apps for iOS devices that integrate well with Google, and Google has release several official apps for the iPad. – See more at: http://www.shakeuplearning.com/blog/an-infographic-guide-to-google-apps-for-the-ipad#sthash.oFyZ2h5w.dpuf

11. I Wish I Knew These 15 Google Chrome Extensions Earlier

This is a list of fifteen Google Chrome extensions that With thesehelp one to start getting the most out of Chrome! 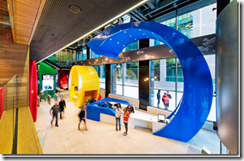