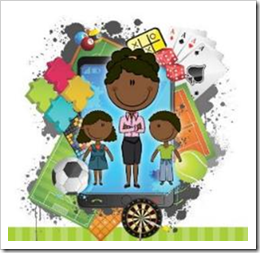 SchoolNet South Africa has had the privilege to be funded over the next three years by the D G Murray Trust in South Africa to study the benefits of learning through the use of play and innovative technologies for learners in grades R and 1 in ten schools in two provinces in South Africa, the Western Cape and KwaZulu-Natal.

The D G Murray Trust has a particular interest in the early primary years where the greatest impact can be made. As the focus of this project is play, we have selected Xbox Kinect games and Android Apps. The first workshops for schools have just taken place in KwaZulu-Natal.

The first workshop for the project was for the HODs and principals from the 5 KZN schools and was held at Thembelihle Primary School in Howick, as from 14th July 2014. Hlengiwe Mfeka and Senzo Ngcobo were the SchoolNet Facilitators. 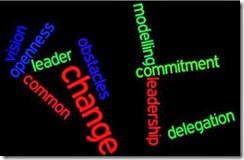 As schools were clustered at a central venue, it took a short while for participants to feel at ease with their new colleagues. However it was not long before the activities around teaching strategies encouraged sharing and immersion in the imminent changes they were to initiate in their schools. Quite different leadership styles became evident among the schools. The second day started with brainstorming their homework as well as items from the previous day’s workshop. Results are captured below in a wordle:

Although the role play activity was carried out with great gusto, deep reflection had to be devoted to planning the story board and the exploration of the scenarios posed. Each actor was superbly convincing and with just the right degree of humour included. The problems posed were related to the authentic context of managing new technologies in their schools. Very clear thinking through and problem solving skills became apparent from the groups through role play. The highlight of the day was the filming of performances of the role play in front of the whole group.

Hlengiwe evaluated the role play performances according to a prescribed list of criteria; the three winners, Nombuso Sosibo (Nogqaza Primary), Thembi Mbanjwa (Qhamukile Primary) and Linda Zuma (Cedara Primary) were delighted with their prizes. The workshop closed on a very positive note in high spirits.

Twenty two Grade 1 and Grade R teachers from the five KZN schools attended the next workshop. It seemed a great surprise to many that they were to receive a tablet – let alone the latest on the market – Samsung Galaxy Tab 3!

Teachers in this project are going to earn the right to own the tablets during the course of the project. These tablets were deliberately not loaded with any content, apps or programmes. This was so that Hlengiwe could guide teachers through the process of installing apps themselves from an SD card that was loaded with hundreds of apps she had specifically prepared for them. Learner tablets are being pre-loaded before delivery.

Some of the older, or ‘more experienced’ teachers were visibly shaking when opening their boxes of tablets for the first time, while the younger teachers were racing away with enthusiasm and demonstrating their expertise. The balance between them may well be achieved when we apply these learning strategies in the classroom. 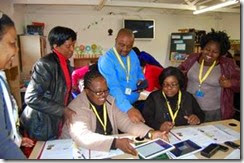 As I write this report, Day Two is well underway – and there is a buzz of activity and a low hum of engaged concentration – some teachers have just successfully blue toothed their presentations to the facilitators.

During discussions teachers readily contributed ideas and many clearly demonstrated that they appreciated the subtleties of some of the teaching strategies being explored. A few teachers were unfamiliar with these methodologies and terminology but many others soon became expert at identifying opportunities for development of the 21st Century skills of Collaboration, Communication, Creativity and Critical Thinking. Some teachers remarked on the benefits of peer reviewing and were able to foresee how they would transfer this to their classrooms.

In closing, the teachers were privileged to be addressed by Dr Hintsa Mhlane from the KZN Department of Basic Education and left the workshop with a good deal of information overload but confident about being supported – and already discussing the next workshop in September. These teachers and their principals have committed themselves to devote a considerable amount of their time to the implementation of this three year programme in their schools.

The evaluation of the learning gains project is following a developmental approach where the evaluator, Tracey Butchart is working closely with the project team as well as teachers and SMTs to interpret and adapt implementation as the project progresses.

Data from administering the first round of evaluation instruments for learners as well as teachers and management teams have already been collected in hard copy. Only one or two participants had their own email addresses at the start of the project but this stat has been radically changed this week – all future data will be gathered digitally.

SchoolNet South Africa would like to thank the following organizations for their generous contributions to this initiative: