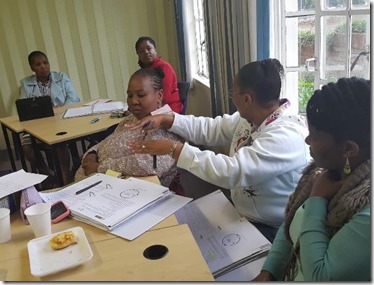 SchoolNet South Africa has had the privilege to be funded  by the D G Murray Trust in South Africa to study the benefits of learning through the use of play and innovative technologies for learners in grades R and 1 in ten schools in two provinces in South Africa, the Western Cape and KwaZulu-Natal. The Change Leadership workshop for the final module in KZN was facilitated on 22nd and 30th of October 2015 to eight (9) School Management Teams from four KZN schools. This is a longer module compared to the other six and therefore was conducted over two afternoons. 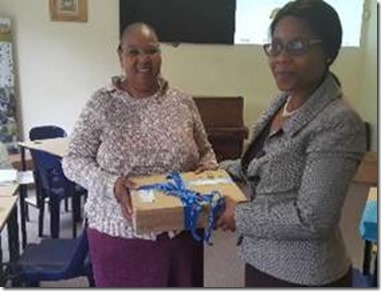 Before the facilitation, one of the principals Ms Thembi Mbanjwa from Qhamukile Primary School was awarded with a Microsoft Surface tablet for commitment and outstanding support she gives to her project teachers. She was the the 3rd principal in the KZN province to receive an award.

The module began by differentiating between assessment and evaluation. In their assigned groups participants brainstormed reasons for evaluating. Participants came with lots of reasons which indicated that it was something they were familiar with.

One of this module’s objectives was to enable participants to establish what evidence is required to collect in order to know how the school is progressing with technology integration and what improvement should be made.

The first activity looked at the reasons why one should evaluate learning with technology? Below are three questions unpacked and discussed:

1. Is the teacher using technology to do old activities in old ways?

2. Is technology providing opportunities for the teacher to do old activities in new ways?

3. Is technology creating new and different learning experiences for the learners (new activities in new ways)? 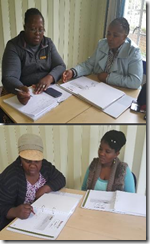 cipants had difficulties in conceptualizing the above questions until additional classroom examples were shared with them – they were then asked to provide their own examples in order to gauge their full understanding. At the end of this exercise they felt that this module was a real eye-opener and in fact it would have been really worthwhile to share this information with project teachers too as it was relevant for them to understand their current status in their use of the technologies.

According to their schools, participants discussed to what extent they would like to see teaching and learning with technology represented using the three questions outlined above. That led to a next activity where they designed target plans for technology use – they were asked to be realistic about their projections as they will use the information to reflect on their progress next year.

A brief description of what a school-based self-evaluation is and what it is not was shared with the participants. That was followed by a group activity where they completed a table which helped them to establish the following:

1. Reasons for self-evaluation (participants were encouraged to run workshops for their staff to discuss this)

2. What will be evaluated?

3. When will evaluation be done?

4. How and which tools to be used to gather data for the purpose of self-evaluation (they were encouraged to add more tools than the ones provided in their manuals)

Lastly, participants had to define what to observe (indicators) as evidence when gathering data for self-evaluation. There was confusion in differentiating targets and performance indicators which was then clarified by the use of examples.

Participants worked in their school groups to write performance indicators for the given outcomes in a table. By this time participants were exhausted but excited by the new information gained. They expressed how the module had opened their eyes in dealing with evaluation which is commonly a critical issue faced in most schools.

One of the participants suggested that even though it was their last module, they would appreciate SchoolNet organising face to face sharing meetings as they feel invigorated and inspired to implement new change leadership methodologies. 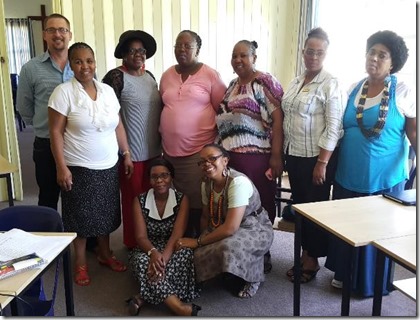 Expectations and instructions with regard to badge submission was discussed in detail. It was also emphasized that Certificates of Completion will only be awarded to those who have attended all or almost all modules and submitted all badges. Dates for showcasing will be communicated with the principals before the end of the year but will take place next year in January 2016.