rklands College in Cape Town. We are always delighted to publish posts by Anthony especially as he publishes on blogging platforms all over the world!  In previous posts he shared with us his very successful Shakespeare QR code Scavenger Hunt Assessment activity done with Grade 9 students, as well as Awesome Aurasma – teaching the different forms of humour to a Grade 9 class using Aurasma; ‘Vivacious Visual Literacy!’ An innovative assessment task for Grade 9 Visual Literacy and his innovative celebration of World Book Day, ‘Awesome World Book Day post by @apeters522 ’The Birthday Bard is Back…and this time he’s 450 years old!’  The last post featuring Anthony’s creative approach to education was when a SchoolNet representative was Invited to be a ‘Dragon’ (by @apeters522) in the finale of a creative Grade 9 Dragons’ Den project at Parklands College. Thank you for your great sharing Anthony and Parklands College!

This is a one-week writing project that Anthony got the Grade 7s doing this quarter.

Creativity is necessary for both learner and educator alike…

Ken Robinson, an internationally known (and extremely well-travelled) English educationalist, was quoted as saying, “Creativity is as important now in education as literacy and we should treat it with the same status.” As the quote suggests, this has mindset has particular relevance to writing. It is not uncommon for language educators following curriculums around the world to feel that greater focus is put on the structural elements of writing (e.g. characterisation, plot development and synergy between paragraphs) instead of teasing and coaxing the unlimited realms of learner imagination. Whilst acknowledging that the structural elements are vital components of any written work, it is clear that narrative writing can become more of a chore to learners instead of cauldrons of unbridled potential, enthusiasm and potent creativity. From a particularly (but justifiably) selfish perspective given my role as an English educator, marking one-hundred uninspiring and unimaginative narratives is about as exciting for educators as having one’s teeth removed by something about as rudimentary as a draconian kitchen utensil! Therefore, creativity is necessary for both learner and educator alike. With this in mind, I utilised two (largely free) simple Apple apps to assist in re-marrying the structural components of traditional and modern story writing along with the all-important imaginative element. A group of Grade 7 learners were my guinea pigs…!

I began the lesson with a catchy learner-oriented Keynote in order to explain the importance of planning and to get the creative juices flowing!

The Popplet app is great for planning…

For the next stage, I exemplified a simple plan of how a story could go and modelled it in Popplet. This is a particularly wonderful app, as it allows learners to not only add text into digital boxes where they can document ideas, but to also add images in order to spark further thinking. 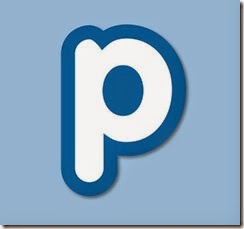 The story I demonstrated was of a very silly (and hopefully unlikely!) scenario whereby one of my school educators initiated a fight with one of the others within one of our school halls. This ended up with the unfortunate demise of the latter at the hands of the former despite none of the other occupants of the hall noticing anything! Despite being overly simple, it allowed me to model a typical story structure and the learners were very attentive (and perhaps worryingly unconcerned!) as to what had befallen one the school staff.

The Toontastic app is introduced…

Ordinarily, the learners would now be expected to begin pursuing their own story plans. However, throughout my four years teaching within the South African education system, I have observed that when asked to plan a story, many learners, despite having wonderful imaginations, struggle to get started. With that in mind, ToonTastic was brought in.

This fantastic little app has recently become completely free along with all its original (and vast) functionality so if you do nothing else today, you could do a lot worse than to add this to your collection. Primarily a little avatar animation application, ToonTastic exposes learners to a host of settings, characters and scenarios ideal for sparking that quintessential imaginative thinking.

What is also marvelous about it is that it emulates the typical structure of a story consisting of the facets: setting, conflict, challenge, climax and resolution.

With all of this visual stimulation to inspire them, the learners were far more confident and adequately equipped to planning their work on Popplet and writing their first story drafts into their books.

Finally, after lots of hard work, the learners typed up their final drafts onto their iPads and either submitted them to me via email or AirDrop. 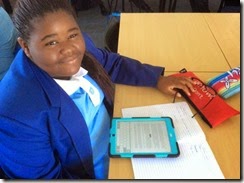 SchoolNet says: What a great way to teach story writing, Anthony. You really made each stage come to life. I am sure the learners in this class LOVED these lessons!  Thank you again to you and the creative English Department at Parklands College in Cape Town for sharing this great post with us.