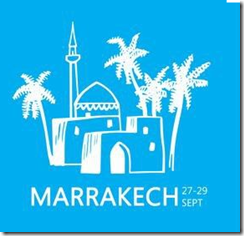 Submitted by Megan Rademeyer of SchoolNet

From 27 – 29 September 2012 more than 200 participants from 25 countries participated in the Middle East and Africa Partners in Learning Forum held in Marrakesh, Morocco. Included in the group were seven winning teachers from the South African and Lesotho Partners in Learning Forums who presented their projects to other innovative teachers from the region.

We are proud of our two winners from SA and Lesotho
Charli Wiggill (from Eden College in Durban, South Africa) and Kabelo Lucille Mahlatsi (from Leqele High School in Maseru, Lesotho) were among the winners selected to represent their region at the Global Partners in Learning Forum which will be held in Prague in November, 2012. 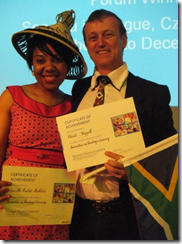 Charli Wiggil’s project ‘Pay it Forward for the Blind’

Charli Wiggill’s project, “Pay it Forward for the Blind” involved learners identifying with the blind and manufacturing memory game cards in Braille. As an extension project, they adapted existing educational games and designed and created new educational games and toys for the blind. As a Pass it Forward-type exercise, they communicated with and collaborated with other learners in their class and around the world to collect stories recorded as MP3 files which blind children can access and listen to.To read more about this project and to see a short video about it see: http://www.pil-network.com/Resources/LearningActivities/Details/e3f3b4c6-5d17-4c6d-a939-02f5ef60bdae 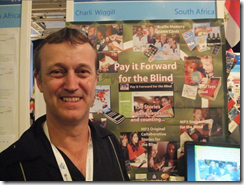 Lucille Mahlatsi’d project ‘Literature at our fingertips’
Lucille Kabelo Mahlatsi’s project entitled “Literature at our fingertips” involved learners becoming familiar with the language and background of Shakespearian play “Julius Caesar” through a number of activities. One group of artists created portraits of complex scenes from the play. The researcher group compared Julius Caesar and Moshoeshoe. The third group conducted a debate and the fourth group modernized and simplified the play whilst the actor group performed the play. This project can be viewed as a Learning Activity on the Partners in Learning Network at: http://www.pil-network.com/Resources/LearningActivities/Details/512e34b3-98f4-4c73-8311-e3767408fd21 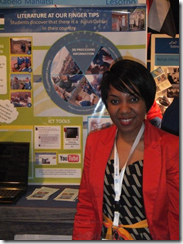 The Innovative School’s track at the Forum

During the Forum the South African and Lesotho teachers were grouped with teachers from other countries and asked to develop a new project that they can work on in their respective countries. The best project that is produced will be selected to be showcased at the Global Partners in Learning Forum in Prague.

Morocco was a great experience!
In addition to the workshops, presentations and networking opportunities, the group was treated to a Moroccan cultural dinner which showcased traditional foods, dancing and entertainment; as well as an outing to the Medina which included shopping in the souk (traditional market). 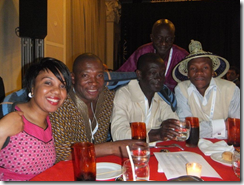 Teachers – why not think about entering this Forum in 2013?

SchoolNet encourages teachers in South Africa and Lesotho to consider entering an innovative project in this great competition in 2013. Keep watching our website for more details http://www.schoolnet.org.za/ .