Who attended from South Africa and Lesotho?

More information about how to get your school selected for this great opportunity can be found on the Partners in Learning Network http://www.pil-network.com/ under the School’s category in the menu bar.

Opening keynote from Anthony Salcito at the Forum

Anthony Salcito is the Vice President of
Education for Microsoft Corporation. He keeps a blog called Daily Edventures which he subtitles as his ‘365 day look at Global heroes in
Education’.

These are conveyed by Anthony Salcito.

Here is the good news. In the category entitled ‘Teacher as Change Agent’ Cheryl Douglas from South Africa was announced as third runner up. Congratulations indeed Cheryl. 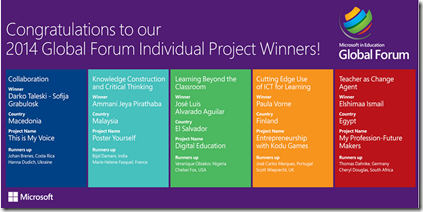 An in-house competition known as the ‘Learn-a-thon’ took place at the Barcelona event. and these winners were announced. I see Cheryl’s name there as well in the Runners-Up section. You did us proud, Cheryl! Two certificates at such a big world-wide event. 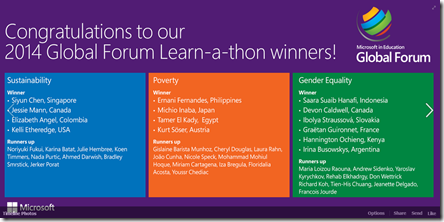 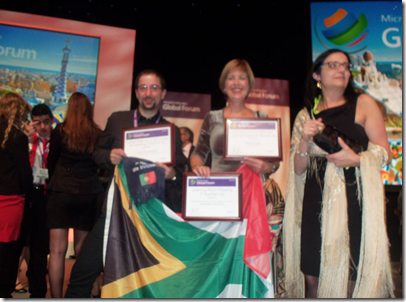 Microsoft also launched a new pitch competition to seek out and fund the most innovative ideas from school leaders worldwide. This is worth exploring. Here is the video that explains this.

We encourage you to join the Microsoft Partners in Learning Network http://www.pil-network.com/  (a free membership) and keep in touch with what  Microsoft is doing in education.

We look forward to a press release about the event when everyone returns to South Africa.