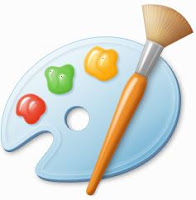 Tablets are an attractive device to use in the classroom because they are halfway between laptops and mobile phones. This means they are big enough to work on for a period of time, on a desk, in a classroom. Their touch screen capability allows them to be used with a stylus which is similar to using a pen or pencil. The use of touch-screen tablets can bring many advantages to the classroom. One such advantage is that learners become more enthusiastic in their lessons. The big challenge to teachers is to consider not only the apps and the technical side of the tablet devices, but to be aware of pedagogical considerations as well.

Recently Microsoft and the Western Cape Education Department delivered 99 Windows 10 tablets, in three cabinets, to 42 Western Cape Schools that would otherwise never be able to afford such devices. Selected Grade 1,2 and 3 teachers from each school, along with teachers from other schools in the vicinity, were provided with a day’s training presented by SchoolNet facilitators. These teachers shared what they had learned with the rest of their staff when they returned to their schools; and then, a few weeks later, each school was visited by a  SchoolNet facilitator to see how the teachers and classes were managing with the tablets.Mostly, no Internet is available in the classrooms at these schools, so the teachers have to use offline apps in their lessons. The Windows 10 tablet is well-suited to offline use as it is very similar to using a Windows 10 computer offline.

I was privileged to visit five schools in one of the poorest areas of Cape Town, Khayelitsha, as part of this visitation programme. In this post  I’ll refer briefly to my visit to Isikhokelo Primary School in Khyalitsha. In Khayelitsha, generally, the class sizes range from 40 – 47 learners.

I found this visit very inspiring, as the teachers who were trained had shared what they had learnt with the other Foundation Phase teachers after the training, and the school had drawn up a timetable and a plan for using the devices. When I visited some of the classes I could see that both the teachers and learners were feeling comfortable using the tablets. One of the apps I noticed them using when I visited their classes was the Paint app. This post will focus on some ideas for using a painting app such as Paint in the classroom. 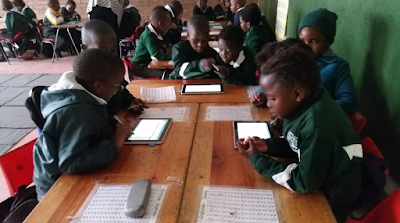 10 ideas for using Paint in a Foundation Phase class Microsoft Paint doesn’t appear in the alphabetical list of apps on a Windows tablet, but it shows up when one types ‘Paint’ into the search bar. This is a very useful app, especially in Foundation Phase, as it can also be used as a whiteboard with colour pens and an eraser.

Benefits of using the Paint app in the classroom

Using the Paint app in the classroom

Paint can be used in a number of different ways in a Foundation Phase classroom. Here are ten ideas.

An example of a lesson using Paint

Draw a picture showing a new end to a story.

The learners will create their own story ending after listening to a story.

Locate an interesting story for the class. You will either read the story to the class or tell them the story, but remember to leave out the ending.

Task: Draw an ending to the story

A tutorial on using Microsoft Paint

Whatever tablet you use in your classroom, make sure that you have a similar app to Microsoft Paint that can be used as a whiteboard as well as an art programme. You’ll be surprised how often you’ll use it in your lessons.